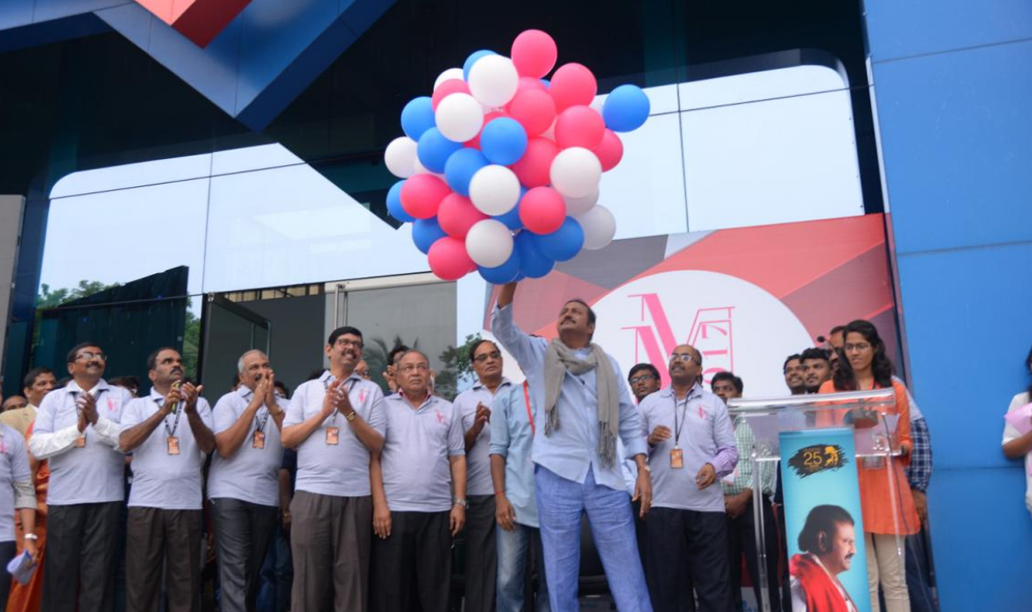 Sree Vidyanikethan Engineering College’s Techno-Cultural Fest, Mohana Mantra 2018 (MM2k17), was held during 25th, 26th and 27th September, 2018. Dr. M. Mohan Babu, Hon’ble Chairman of SVET, presided over the inaugural function. Speaking on the occasion he said “Mohana Mantra was initiated with a noble aim of bringing out the creativity and innovation in students and that Mohana Mantra, at its heart is all about unity in diversity, as it unifies students from every corner of our country on a pro-active platform”. One of the student coordinators of the fest Mr. Vamsi KVSRK outlined the growth of Mohana Mantra over the years and said ”With its popularity escalating among students all over the nation, Mohana Mantra is fast turning into a dynamic fusion of culture and technology and is an exemplary platform for building brand awareness and lead generation .”

The three day fest was attended by more than 25,000 students from around 50 colleges and universities, who participated in 100 plus different contests and competitions. The participants came from every nook and corner of the nation. MM2k18 also conducted an array of custom-built workshops, in coalition with Robokart, designed to appease young technology enthusiasts thirst for knowledge and innovation. MM2k18, for the first time since its inception, conducted Robo Wars. The phenomenal response to the event from spectators and students alike with participants coming all the way from Delhi, Uttar Pradesh, Goa and Tamilnadu, is worth a special mention.

The paper and poster presentations, organized by Technoholik, saw active participation from the students too, along with the fascinating Expo Cross, as many participants grabbed this great opportunity to exhibit their projects. The cultural events of Kalakshetra played a key role in amplifying the entertainment factor of the fest, as various competitions in connection to Dance (Beats’n’Steps), music (MM Idol, Battle of Bands), theatre arts (Short Films), and literary (Debate, Youth Parliament) were held. One of the many highlights was the ramp walk, conducted in association with Behind the Scenes. The short films contest too saw a soaring participation from young film-makers belonging to different colleges and universities. A wide range of spot events were planned all over the campus to keep the excitement levels and festivity high in the air. With the events likes Treasure Hunt, Body Zorbing, Paint Ball, Water ball, Horror House and the much-hyped Big Boss event the fest was nothing less than spectacular, and entertaining.

Pro-nites have been an integral part of Mohana Mantra. This year, one of the leading bands from Delhi – The Local Train, performed on 25th September, 2018 and the audience swayed to the melodious numbers rendered by them. On 26th September, 2018, the Canadian DJ duo, Paris and Simo, a wellknown name in the world of electronic dance music, along with DJ Essar enthralled the audience with a magnetic mix of beats and rhythm.

Mohana Mantra, apart from being a techno-cultural fest, is also a symbol of integrity, affinity and camaraderie as students from different domains come together, every year, to organize this spectacular gala, marking the beginning of a long-lasting camaraderie. With the registrations made easier with personalized QR codes and the immaculate accommodations, living up to the reputation of being one of the finest in South India, Mohana Mantra2k18 turned out to be a break-through edition, with an impressive line up of exhilarating events and scintillating pro-nites and remarkable hospitality.